“Howdy, Pertti! I haven’t seen you since last winter! So you’re taking this flight too, I thought you flew out on Tuesday.”

Finland’s national airline Finnair launched their direct route from Helsinki to Miami again at the end of October. On a rainy Thursday morning there were dozens of Finnish pensioners – and us – at the gate heading to Miami. Grandmas and grandpas were all excited and a happy chatter filled the space. They were all heading to Miami for yet another winter, escaping the coldness and darkness of the Nordic winter and flying to a sunny and warm climate with blue-and-white wings. We already knew many Finnish pensioners have apartments in Florida for the winter but we were still surprised to realise the great majority of the passengers were in fact flying to their second home.

We were originally planning to go to one of the northernmost little villages in Finland, Kilpisjärvi, 400 kilometres north of the Arctic Circle in the Finnish Lapland. Long story short, we ended up in Miami with quite a short notice. Lapland, Miami, they’re almost the same, right? 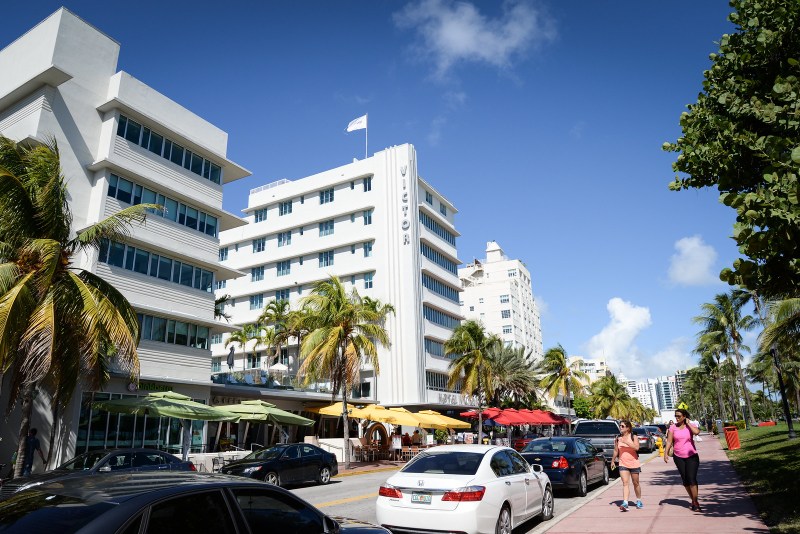 We had all hotel nights booked beforehand: first fours nights on Miami Beach, then a night in Key West and the last four nights on Miami Beach again. We also had a car from Budget for the entire time. Miami Beach is not far from the airport which was nice. And it didn’t take us long to realise that everyone else on our flight (the Finnish winter residents in Miami) were headed to Fort Lauderdale.

In retrospect I would have changed our plans to include two nights in Key West instead of just one, and I actually tried to change it, but I was a little late and everything was already fully booked or the prices were astronomical. 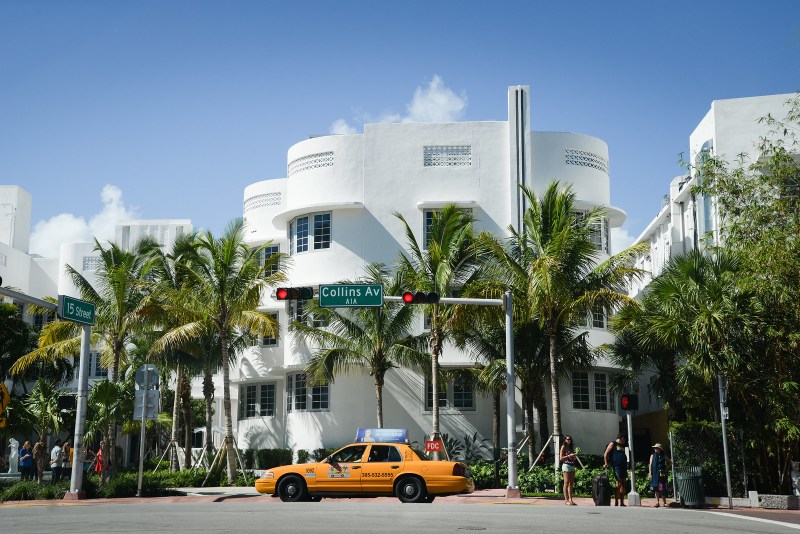 Beaches, lifeguard huts, palm trees and Art Deco – that’s the essence of Miami Beach. For a Finn, the scenery is as Miami Vice as it gets and it is entirely possible to spend your time just strolling around and exploring the life and architecture. I felt like I had been flung out of a time machine. Everything was so pastel, so over the top, so American. And it’s all definitely worth seeing whether it was your cup of tea or not. 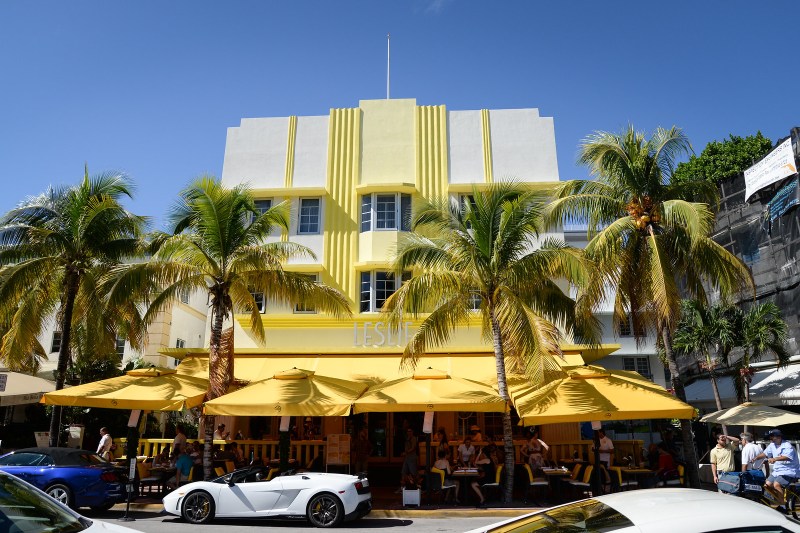 I’ll surely be posting more about Miami Beach and Florida later, but here’s my quick summary to start with:

Type of travel? Definitely a good destination for a beach holiday. For ten days the temperature was a solid 32 degrees celsius and the Atlantic was like bath water. Convertables, parties, restaurants, luxury hotels, smaller Art Deco hotels, parks, warm weather, cute lifeguards huts. There are rental bicycles available if you prefer to stay on Miami Beach and not exit the island but you get a better idea of the area if you grab a rental car and explore also the surroundings.

For whom? Couples, families, groups of friends. There’s something for everyone. If you’re looking for a quieter holiday, you should head to Fort Lauderdale. Well, to be honest, our trip wasn’t exactly a party-party excursion (unless you count two beers at the hotel room a party) but more of a “let’s sleep around the clock, eat lots, swim and drive around enjoying the scenery” -type of a vacation. But there is plenty of parties to choose from if that’s what you are looking for.

For how long? Ten days was perfect for us. It was just enough to  check out South Beach and also explore Key West, Fort Lauderdale, Key Biscayne, Everglades and go to a Florida Panthers NHL-game. In our opinion, two weeks would have been our absolute max and from that time we would have spent more days in Key West and not no Miami Beach. If I were ever to go to Miami for a longer time, I would definitely want to see other cities as well. But then again, I talked to this nice older lady on the plane and she was about to spend her 23rd consecutive winter in Fort Lauderdale so evidently it is entirely possible to spend longer periods of time in one place.

How much does it cost? The flights with Finnair from Helsinki to Miami were about 700 euros per person. The rental car was originally a bargain until the lady at the airport was able to sell us an upgrade and additional insurance. If you add in everything we spent on parking the cost was significantly higher. Parking on Miami Beach can be a bit of a nightmare, both in effort and cost. The streets are packed with vehicles and there are limits to how long you can park. So if you don’t want to stress about your car being towed while you sleep at night, it is worthwhile to take valet parking from your hotel. And that costs about 35 bucks a day, plus tax of course. Nice and easy but when you multiply the price by the nine days you spend on the island, not cheap (at least from our perspective). Accommodation is available with a large price range but on average it’s not the cheapest area in the States to stay. If you’re lucky you can find a decent place to stay with 100 euros a night but it you’re at all on the picky side, be prepared to dig into your pockets. And be sure to check whether the price includes tax or not (always a relevant point for us non-Americans who are accustomed to all prices including tax). There’s usually also a resort fee of 12-15 dollars per person per day at the hotels that is added to the bill once you get there. Plus tax. That includes a beach chair and towels. But not the umbrella. Food was quite expensive in comparison with the prices in Europe or New York for example. Most of the dishes in restaurants were about 12-30 dollars plus tax and tips. The price would have been ok had it already included tax. Beer was 12 dollars easily and a soda 5-6- dollars. Therefore you were bound to pay at least 50-60 dollars for a couple of serves of spaghetti, a beer and a coke. So what happened? We ended up shopping at the Whole Foods hot food department on more than one occasion just to save a few bucks. And that food was good too, I was happy to get some steamed veggies in this land of fast and fried food.

What was best? in our subjective opinion, Key West. And the climate, relaxing and laid-back attitude.

Would I recommend? Miami Beach is definitely worth seeing once in your life. I doubt we’ll be returning any time soon though, we’d rather explore other parts of the United States next. But if you’re into beach holidays, Art Deco and the all-American lifestyle, Miami Bech is your spot. 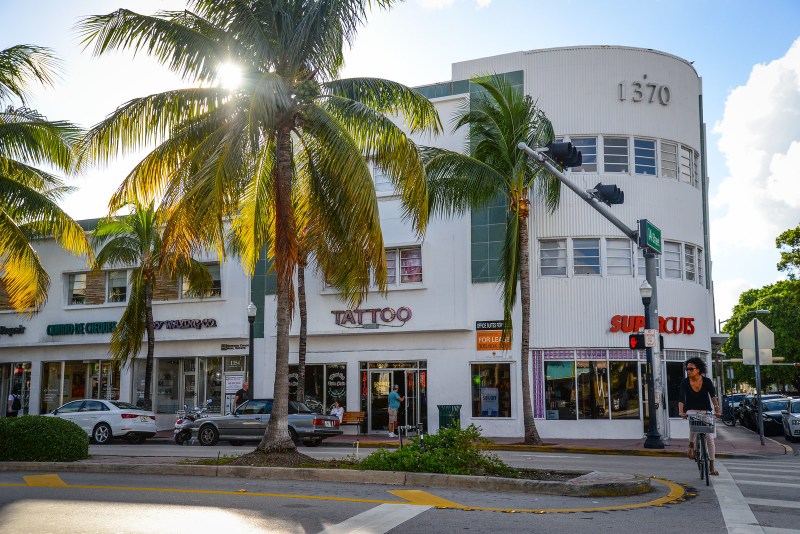 Miami Ink. The one and only. 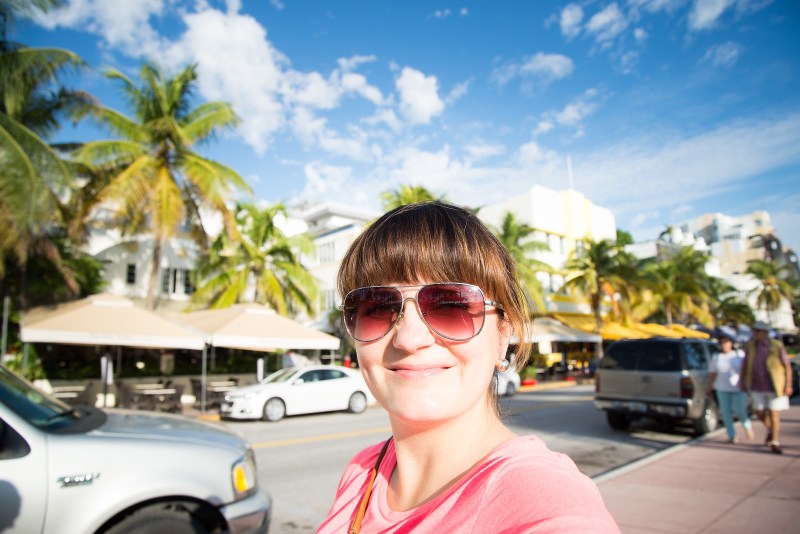 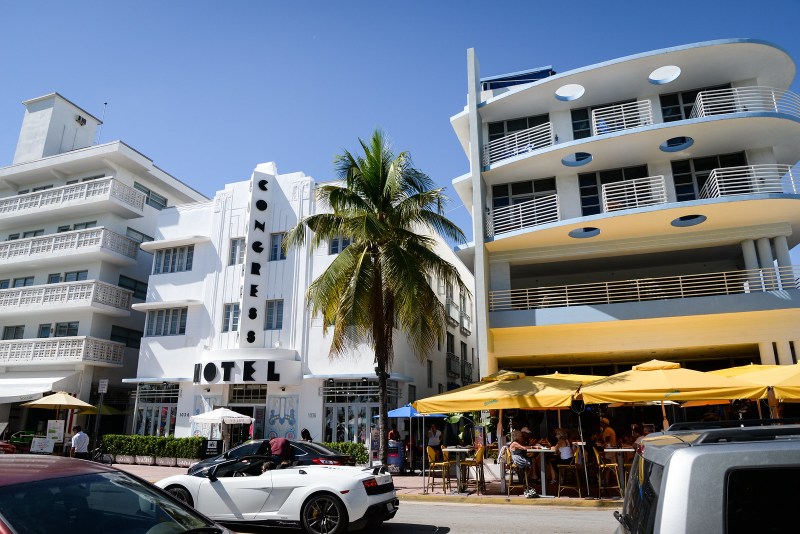 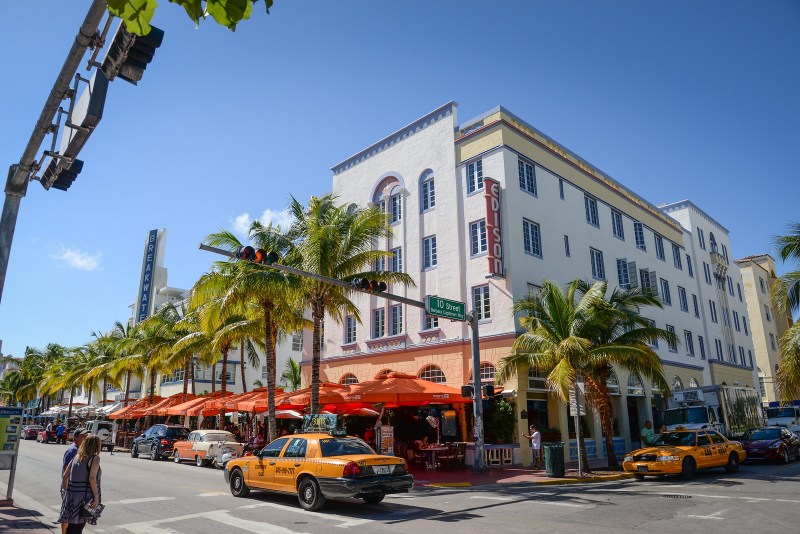 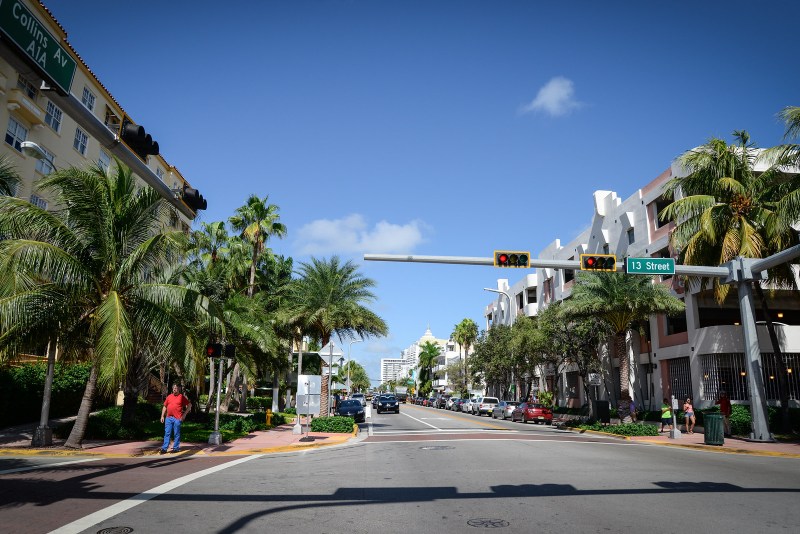 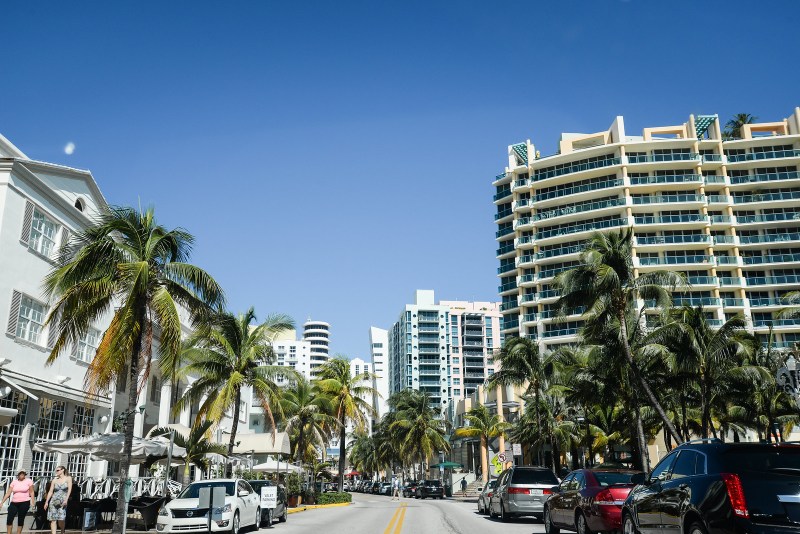 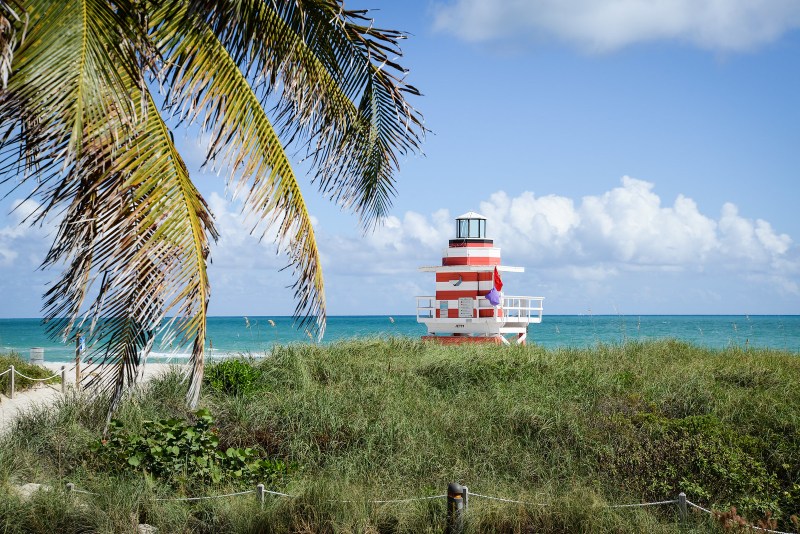 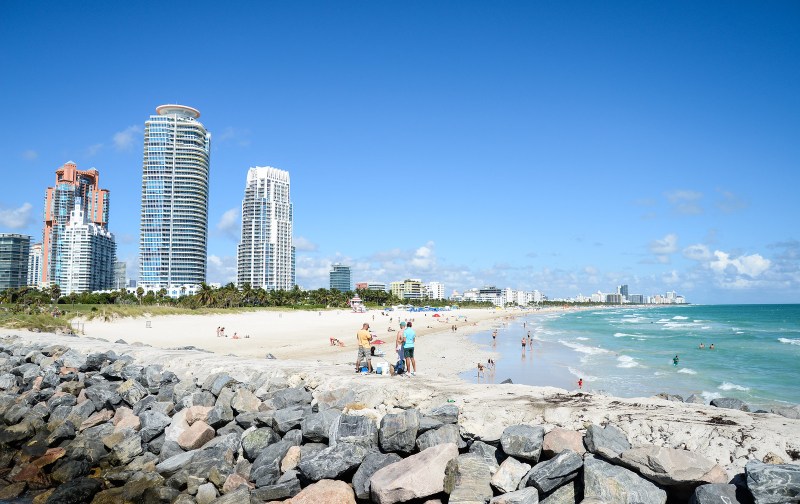 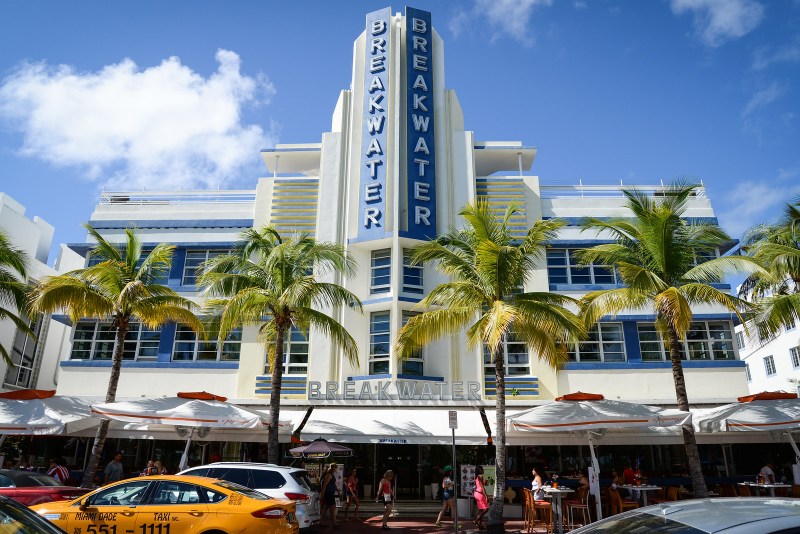 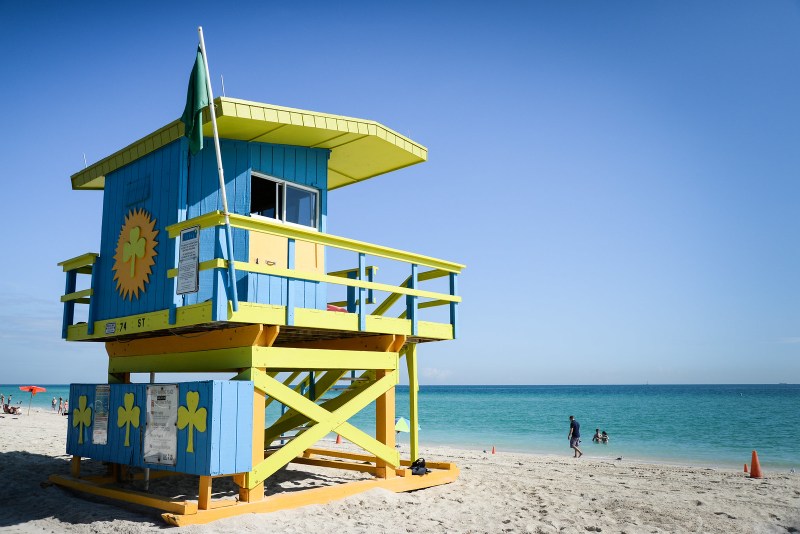 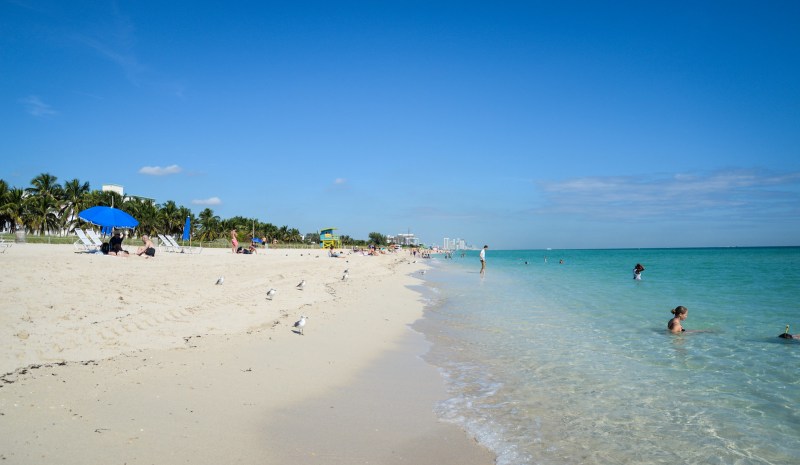 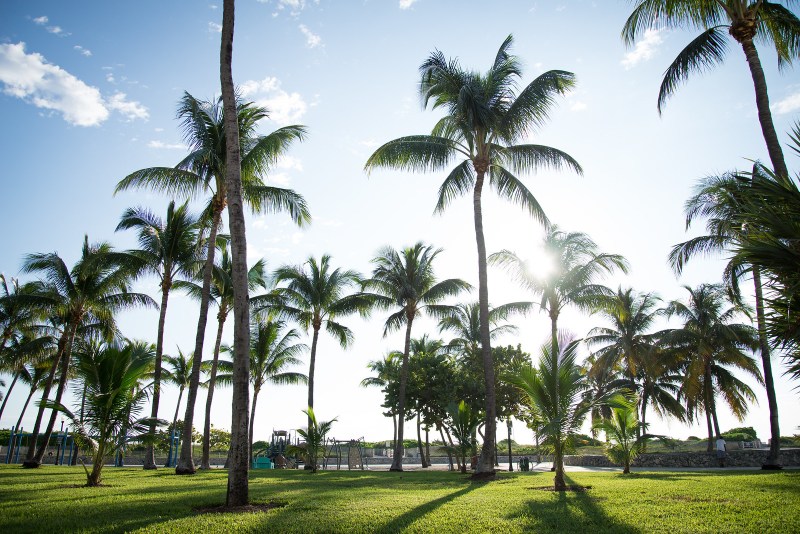