Smögen – The Cutest Town in Sweden?

Smögen. As a name it sounds like an über-Swedish open-top shrimp sandwich with a proper load of Kalles kaviar fish roe spread on top.

I had never heard of the town of Smögen before. And just by looking at a map, I doubt I would have thought it would make a good destination for a weekend getaway. Lucky we have friends in Gothenburg who took us to Smögen on a mini holiday. 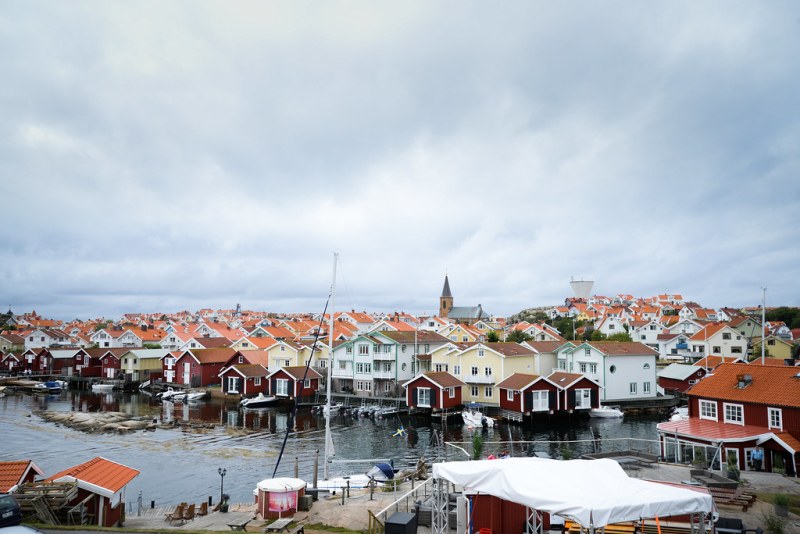 Smögen is a town on the west coast of Sweden, approximately 130 kilometres north of Gothenburg, with about 1500 permanent residents. It is relatively close to Norway as well which is quite evident when you look at the people visiting Smögen.

Although the town itself is tiny, the colourful and picturesque little fishing cottages and impressive rocks on the seashore attract masses of Nordic tourists during the summer. This must be the most luxury boats and Helly Hansen coats I’ve ever seen in one place in the Nordics. And wow, look at that, the bigger and fancier the boat, the more likely it will have a Norwegian flag flying. 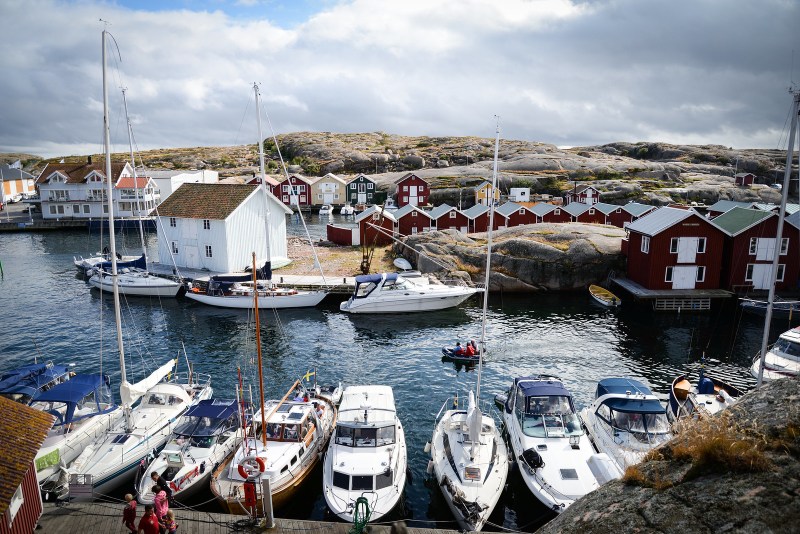 We were welcomed by an overcast and drizzly Smögen. I was somewhat worried about the weather on our way up there but the little photographer in me was in fact pretty happy once we arrived. The red boat houses looked pretty photogenic against the grey backdrop. And the air was so nice and fresh with all the oxygen from the rain. Besides, what would all the tourists do with their expensive Helly Hansen jackets if it weren’t raining? Well perhaps they would have had to wear tennis shirts and checked shorts instead 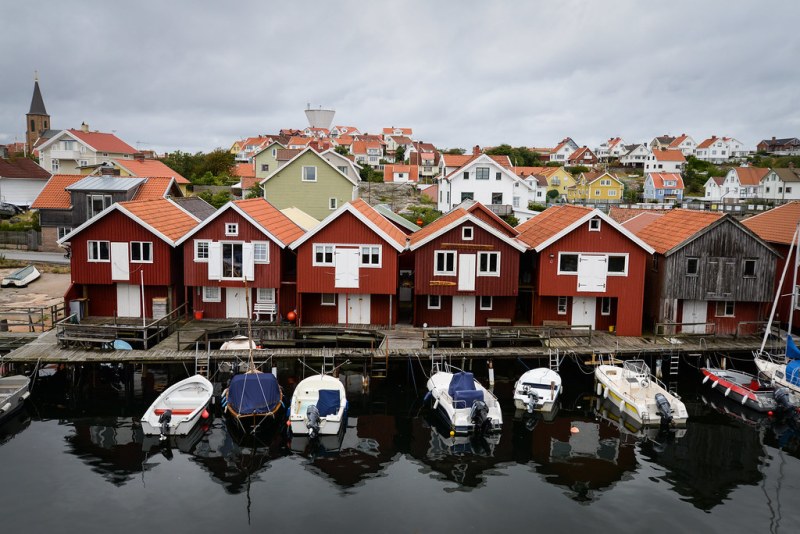 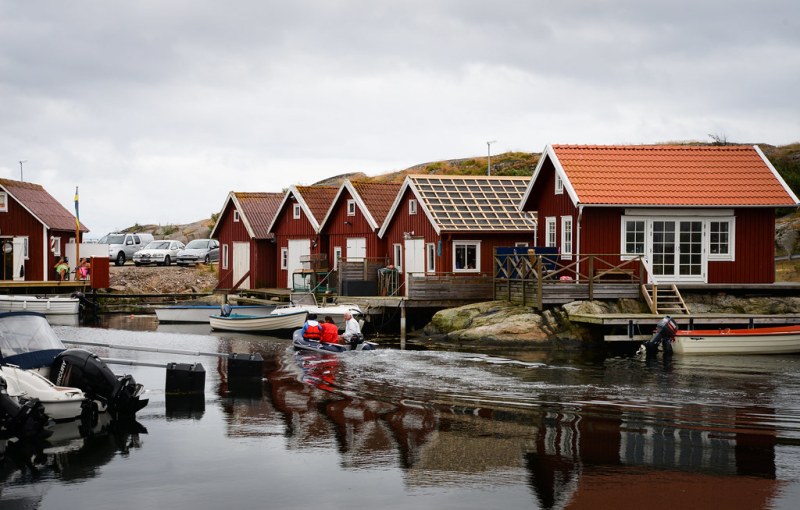 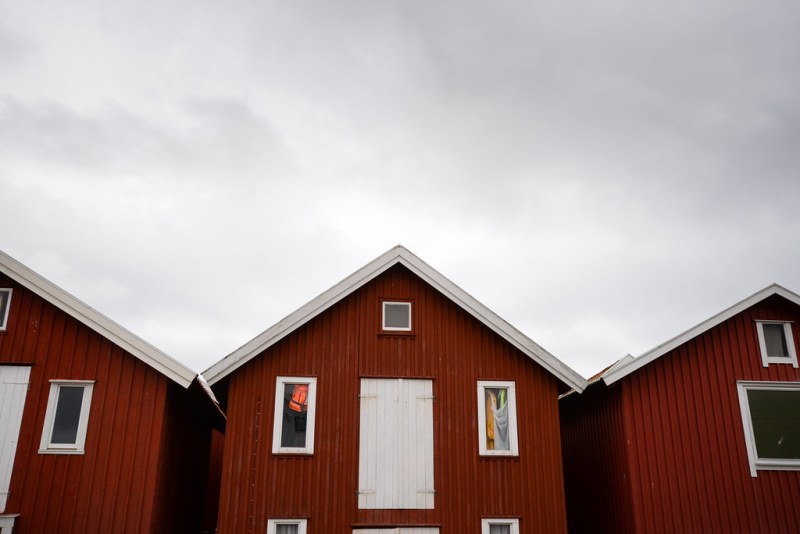 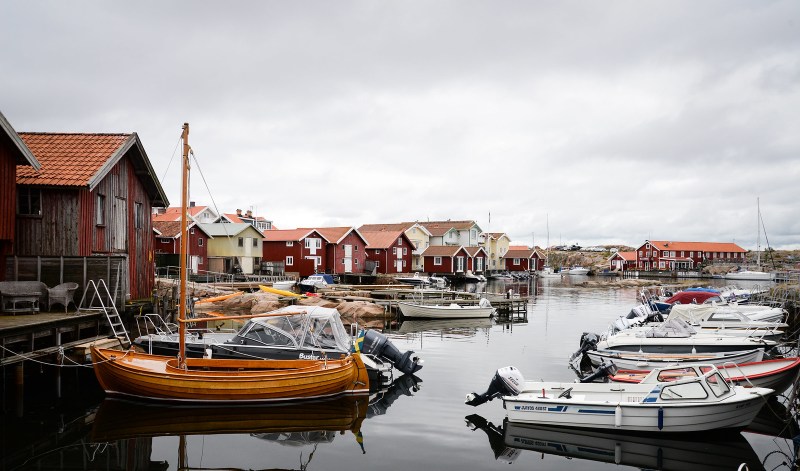 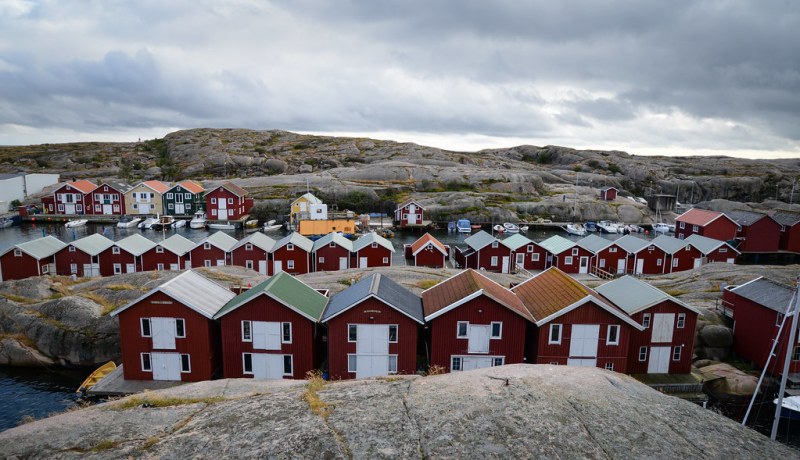 The must in Smögen is the boardwalk built on the seashore in front of the little timber houses. The boardwalk is packed with shops, restaurants and cafes. It winds along the sea channel in the middle of the town. I was quite impressed to see how many massive luxury boats people were able to squeeze in that tiny stretch of water. It was also a lot of fun to observe how people live on those boats and, especially, watch their parking maneuvers as they were trying hard to fit their boats in these tiny spaces without scraping their or someone else’s boat. 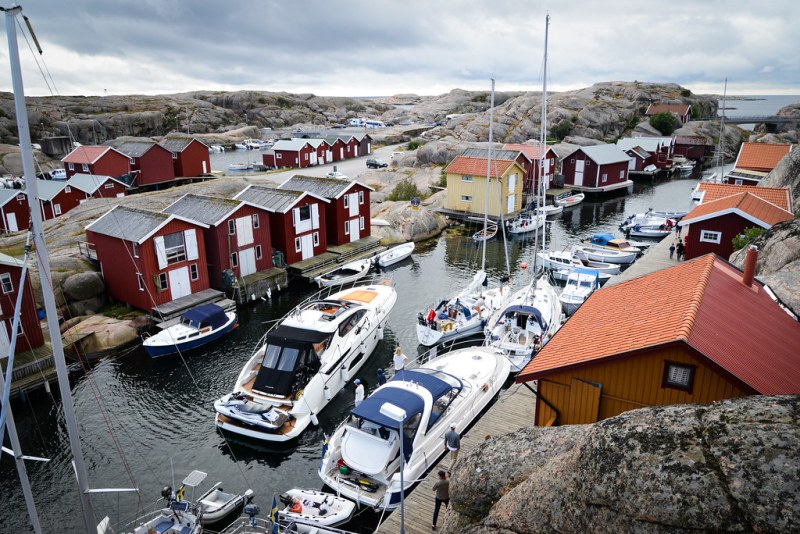 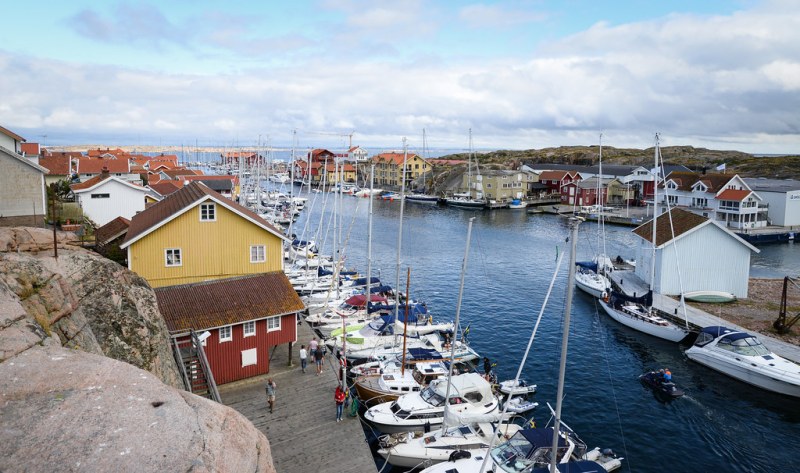 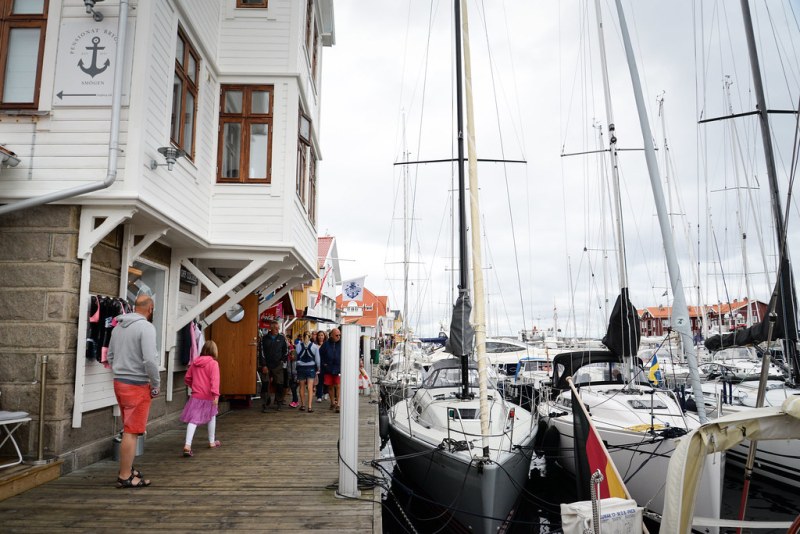 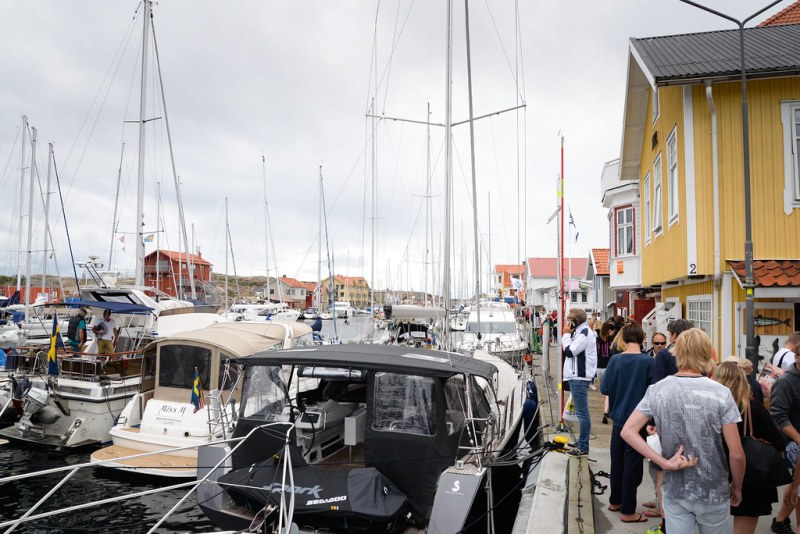 We had booked accommodation for two nights in Smögen. After the cloudy and rainy first evening we were pampered with sun the entire following day. In addition to the boardwalk and little town centre, you should definitely explore the winding paths and tracks along the coastal rocks. All we needed was a Saint Bernard and we would have been like in the Swedish Astrid Lindgren book and movie Vi på Saltkråkan (Seacrow Island). Such an adorable little town it was. Probably the cutest I’ve visited in the Nordic countries. 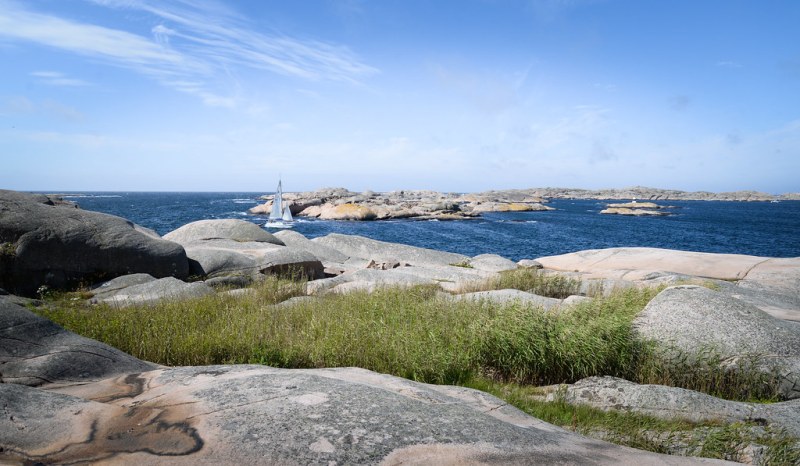 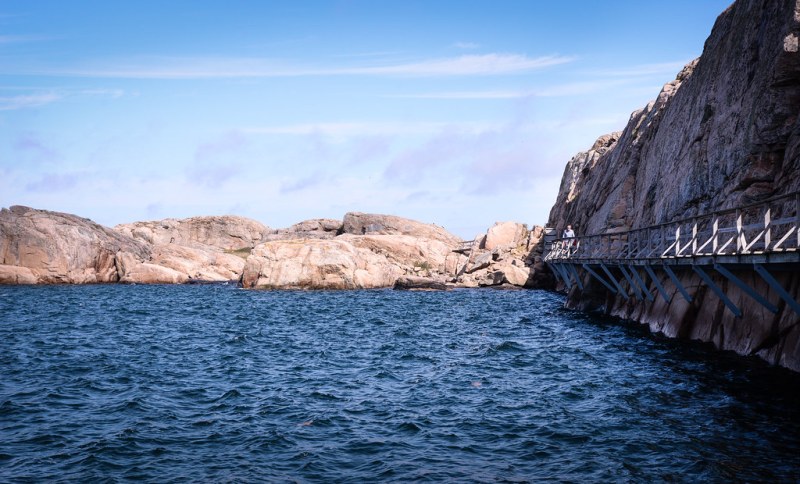 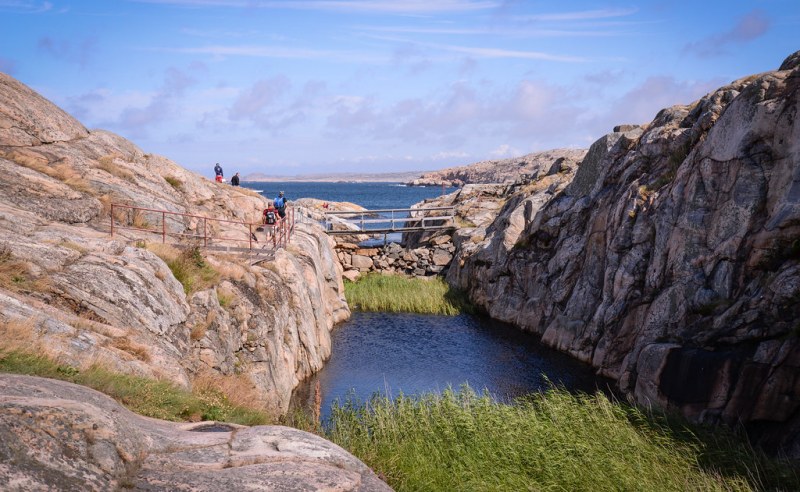 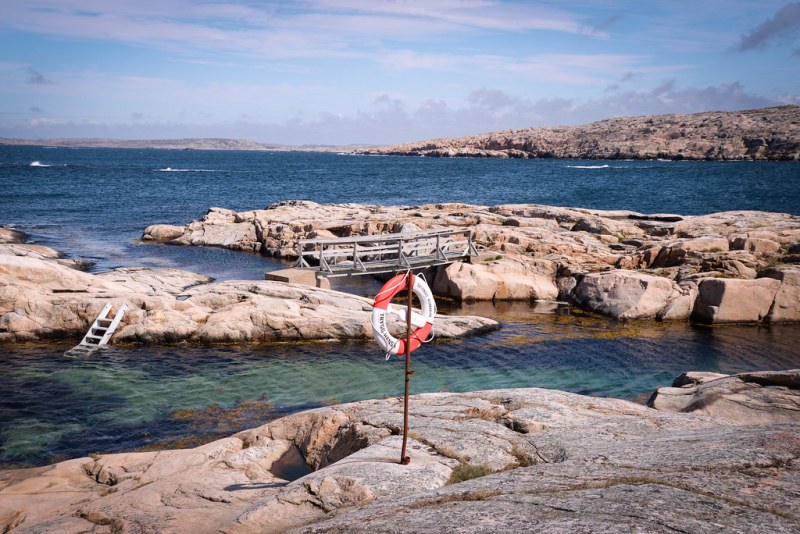 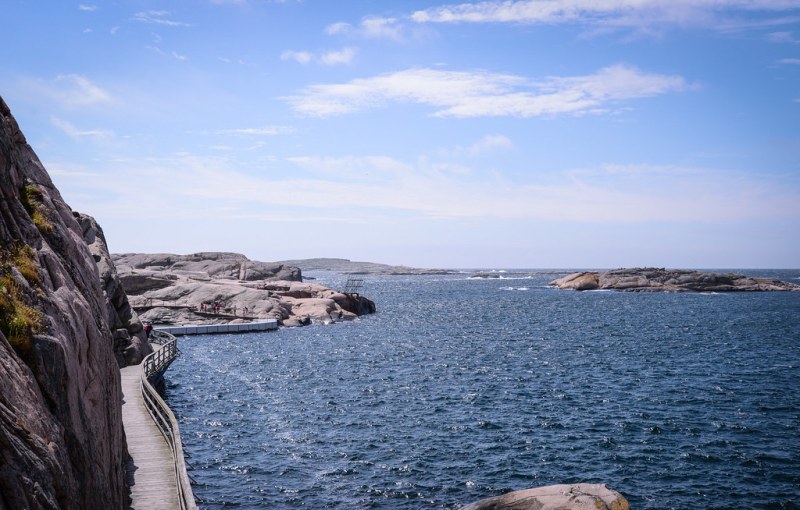 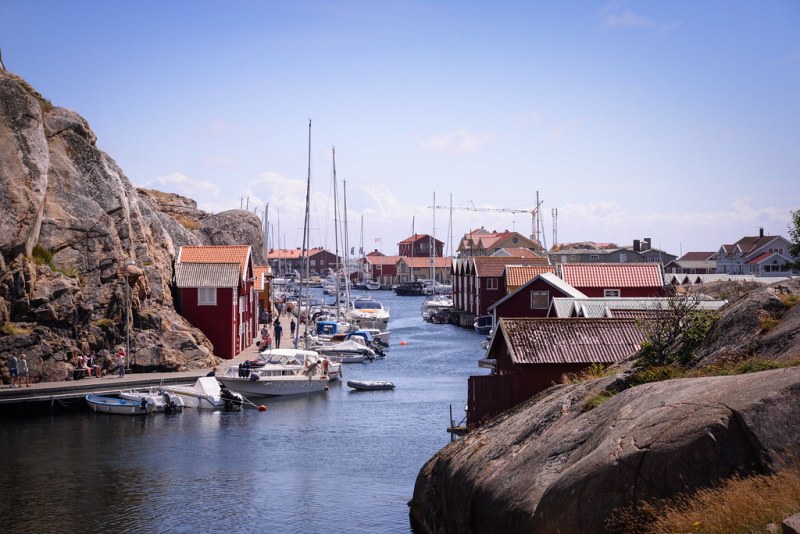 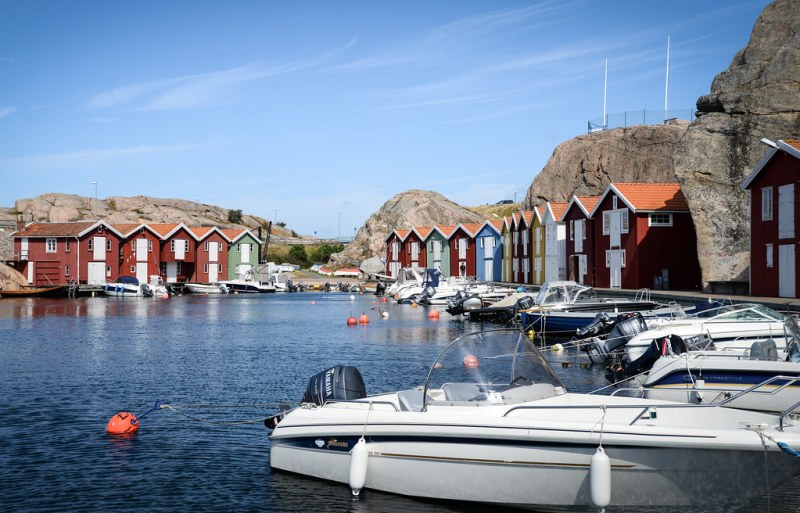 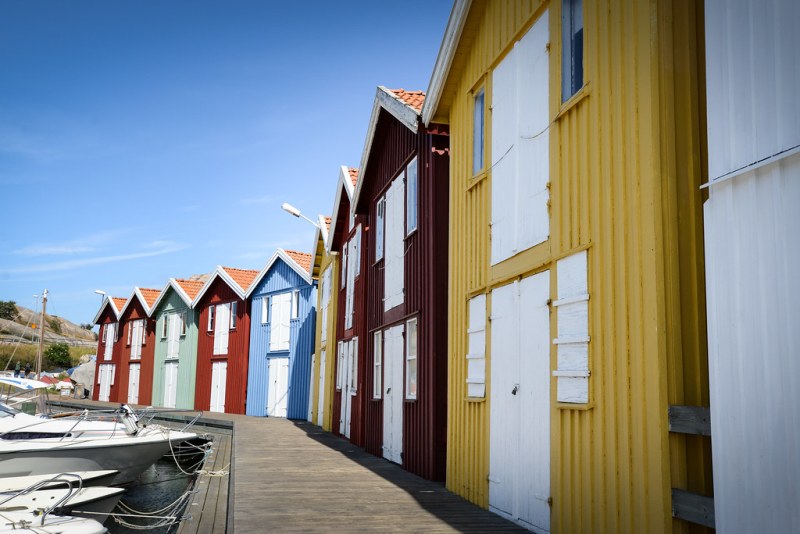 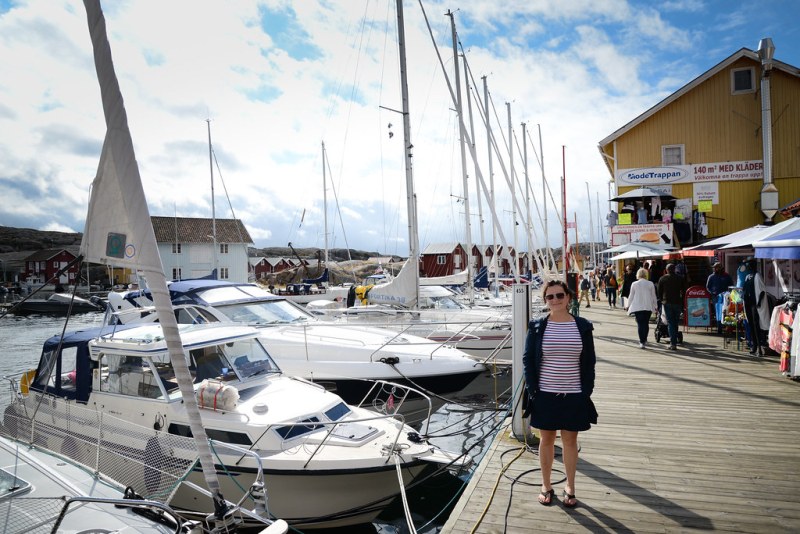