The Beauty That Is Polar Night

The autumn has been long. And I mean L-O-N-G. Or at least that’s what it has felt like. Mainly because it took ages for the first snow flakes to come down. Mornings, days, evenings and nights have all been dark. According to the Finnish Meteorological Institute we only got 13 hours of sunlight in the Helsinki area in the entire November. Crikey. That’s little. I’d nearly forgotten what the sun looks like.

If winter is dark in Southern Finland, you’d somehow logically think it is even darker beyond the Arctic Circle. December is right in the middle of winter and the time of polar night, which means the sun doesn’t climb above the horizon at all. But no. Instead I feel I saw more light and colours in Lapland than throughout the entire autumn in Helsinki. And it wasn’t just the bright green northern lights I already posted about but also the clear white snow and pastel colours created by the sun trying to make it’s way up but not quite reaching it. 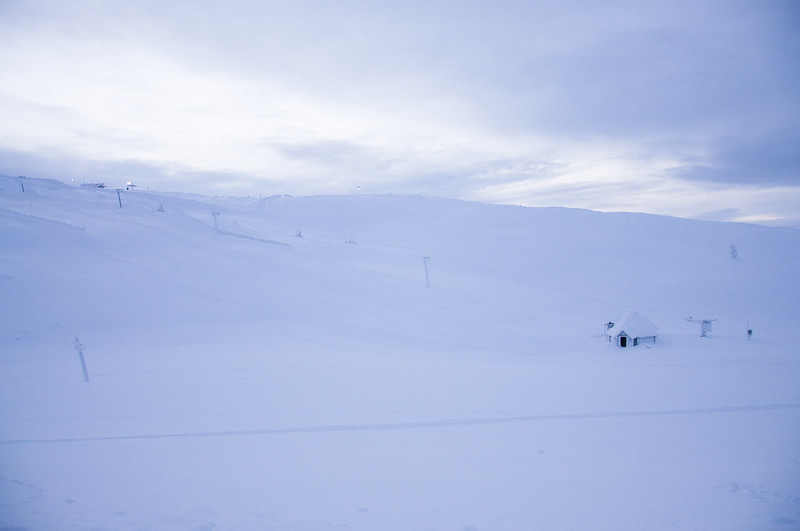 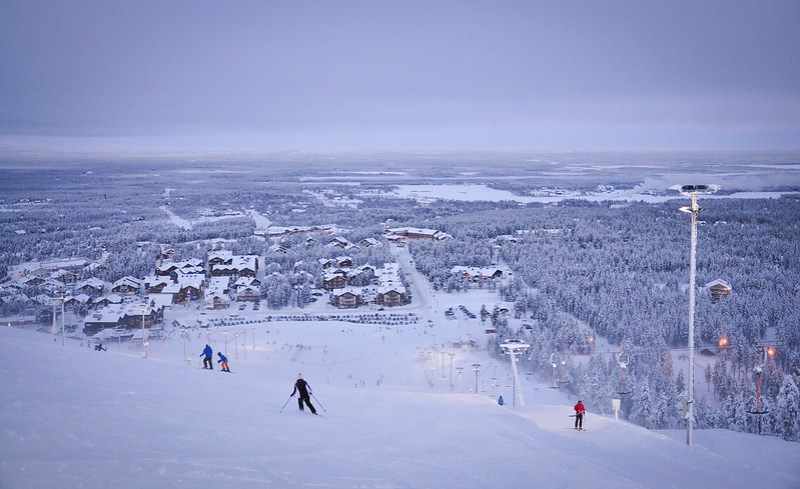 The best place to spot the beauty of the polar night colours was on the top of the Levi Fell and the slopes.

In my opinion the slopes at Ylläs are slightly better but I still had no complaints at Levi either. In fact Christmas is a good time to visit Levi since, in addition to the gorgeous polar night, there’s not a lot of people and thus no queueing for the ski lifts or human slalom on the slopes. The only risk is the weather which might throw the air down to pretty nippy temperatures (20 or 30 celsius below zero). However, we were pretty lucky just before Christmas. The weather was perfect: not too cold and perfectly clear and calm and no crowd at all. It was pretty cool to ski down the world cup slope all alone.

Every time I took the ski lift up I had to get my camera out as the scenery was just incredible. I can’t believe we have such pretty places in this country. And I was also able to get a few photos from the ski lift and managed to hold on to my phone while doing it. 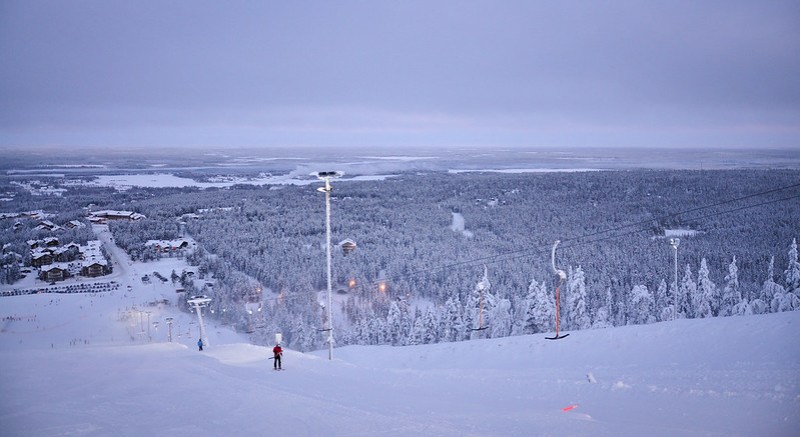 By the end of the week I was a bit discouraged by the -20 something degrees. The Levi website said it should only be about -10 on top of the fell. I didn’t believe it. So our appearance was very similar to that of the michelin man when we got dressed for the last day in the slopes. By the time we got to the very top I had to admit nature works in a funny way and the logic is the same as in a sauna: cold air goes down and warm air up. So every time we got cold we just took the lift up to warm up. And, well, there’s always hot chocolate with mint liquor. That will do the trick. 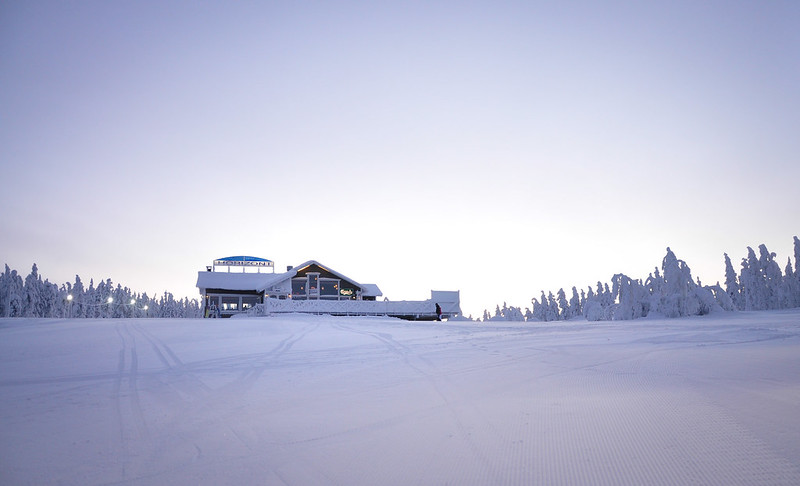 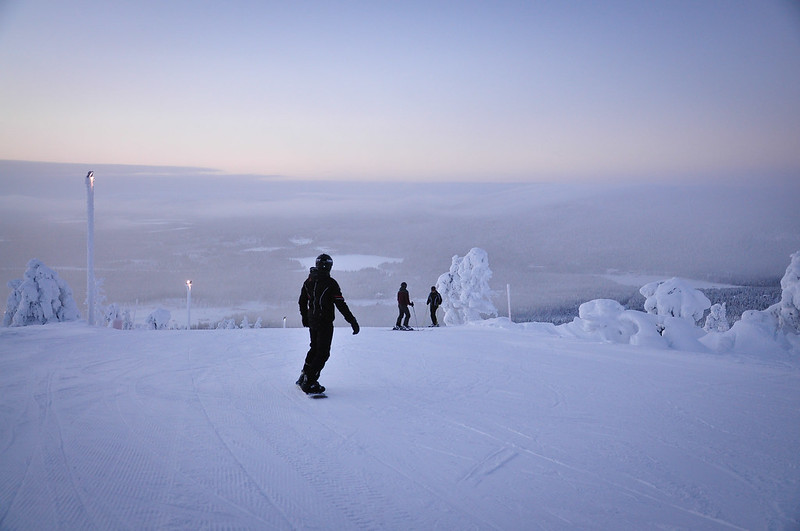 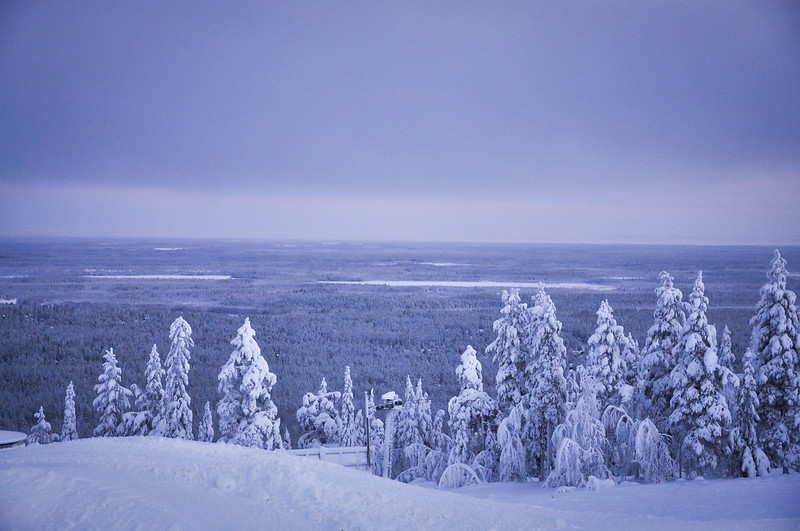 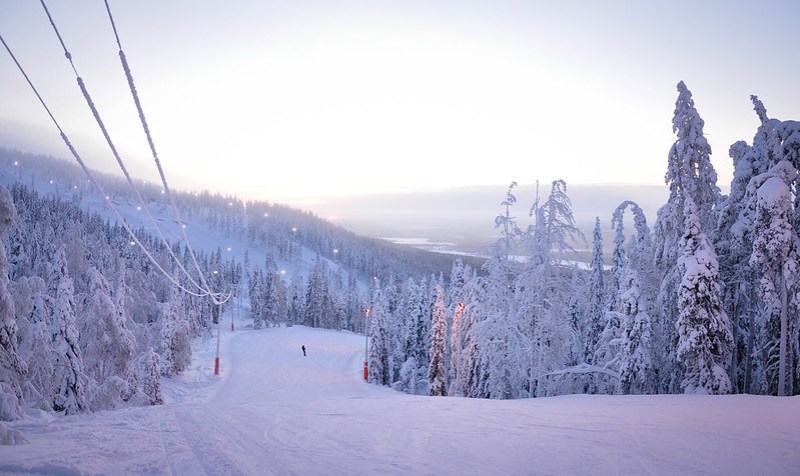 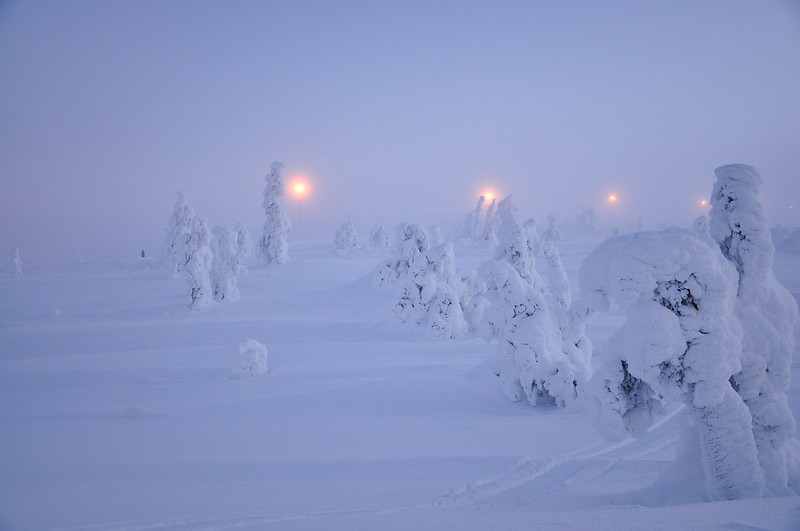 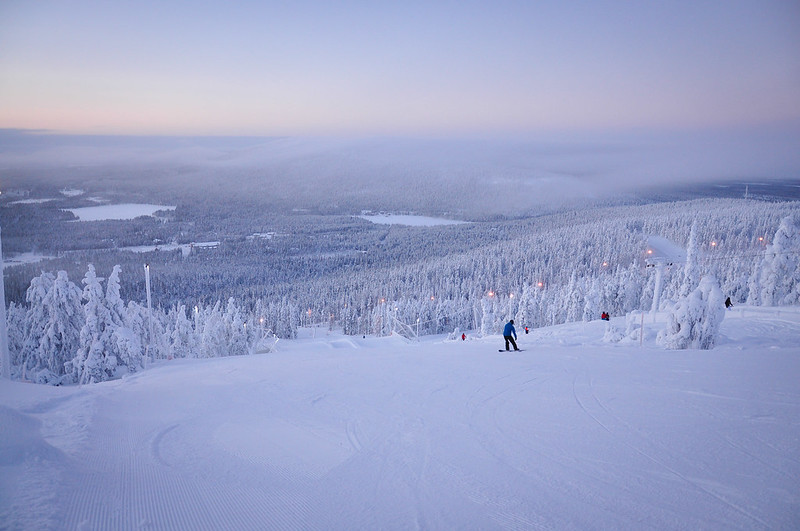 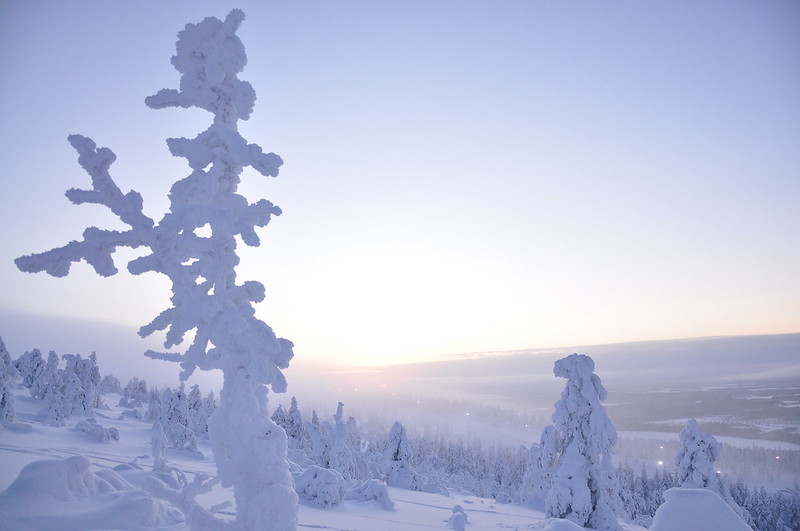 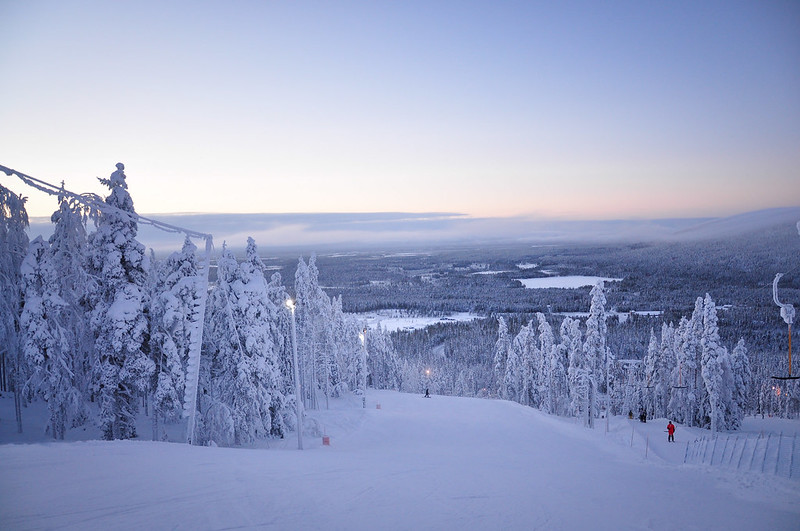 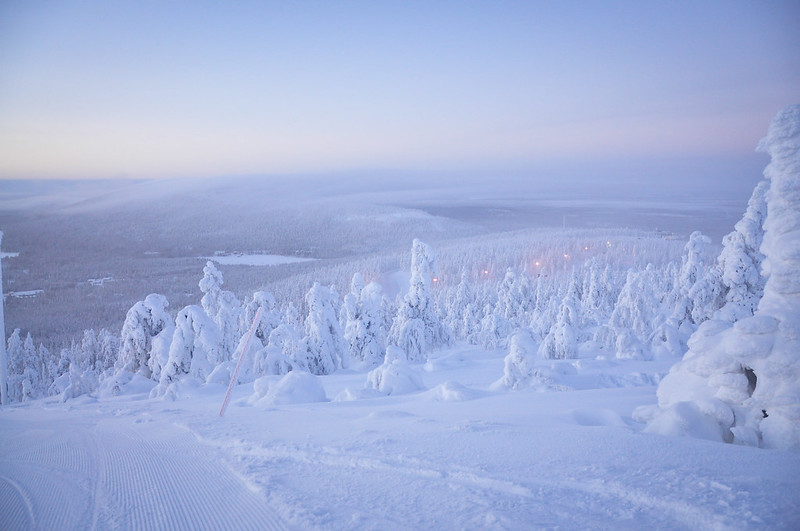 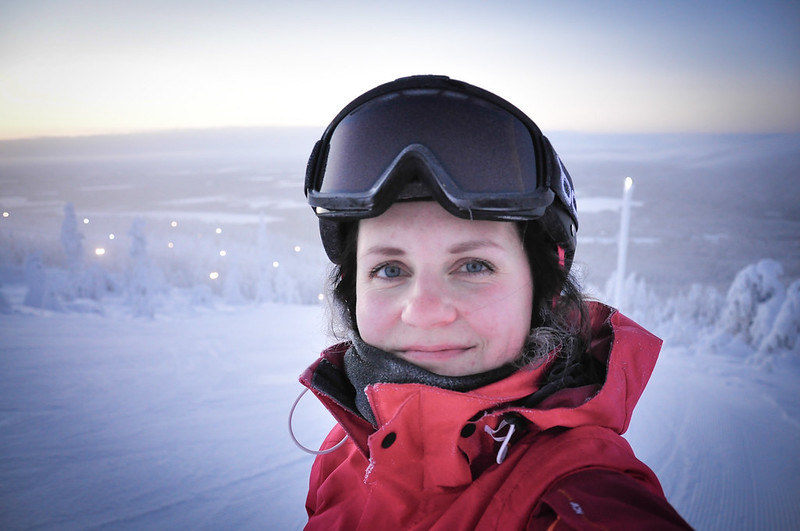 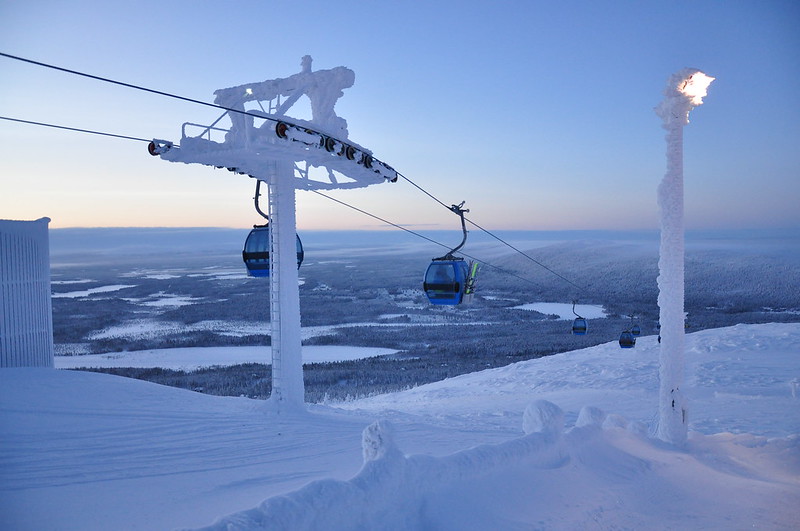 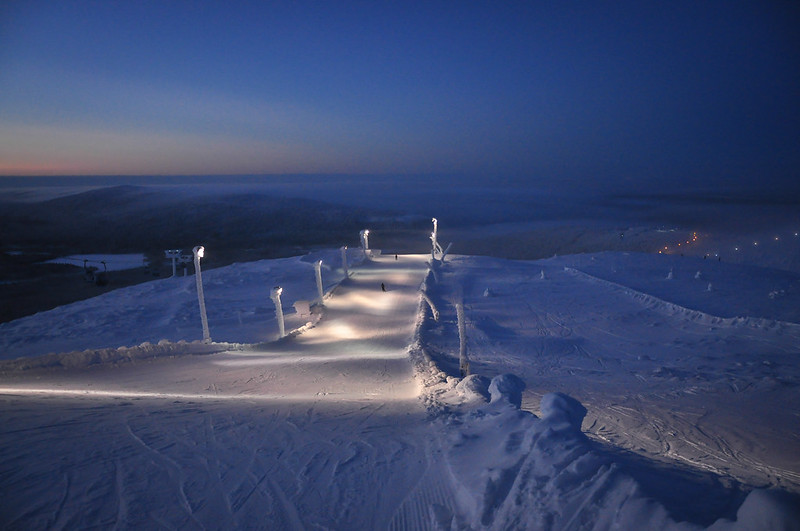 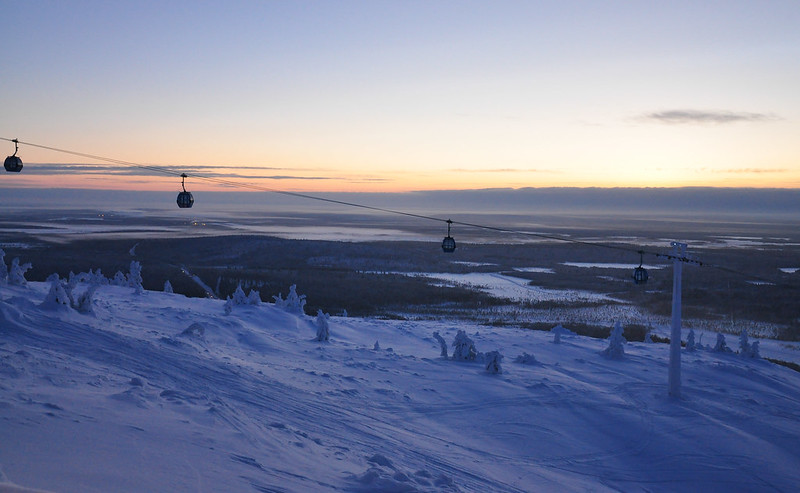